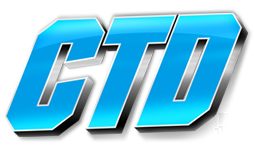 “I want to thank Car Transport Direct for bringing my 2001 Honda Accord from Brunswick, Maine to Scottsdale, Arizona this past
month.  Your customer service department was just as you advertise – outstanding, keeping in touch with me via email and telephone calls.  After contacting me ahead of time, the transporters met me at my home and loaded my car.  They let me know where my car was during its cross-country trip, and seven days after pickup, they arrived in Arizona with my car.  Thank you so much!”
– Dr. Alan Roundtree, Scottsdale, AZ

“It took your company less than 48 hours to find someone to move my 1967 Pontiac GTO in an enclosed trailer.  Very fast service, indeed!  The team transporters called me the day the order was assigned to them, then met me at my business on the first day of my three-day pickup window.  The car was delivered two days later to my brother in Chicago.  I could not have asked for better service.”
– E. Wilson Beckley, Esq., Cuyahoga Falls, OH

“Thank you for helping me through a tough situation!  I first contracted with a Bayville, NY broker to move my car.  What a nightmare!  Then I found Car Transport Direct.  You are correct!  The least expensive broker is generally not the way to go.  Your company arranged to have my car shipped from Port Hueneme, CA to Virginia Beach.  The move went off without a hitch – door-to-door service in less than a week with on-time pickup and communication throughout the move.”
– Erin Johnson, Virginia Beach, VA

“I recently needed to take care of a family emergency on the other side of the country, and I could not afford to spend the time driving from Marathon, FL to the Spokane, WA area.  I had only six days to get my car picked up and on its way to Washington.  After several companies could not get the job done, I contacted Car Transport Direct – and had my car picked up with two days to spare.  The transporters were always available on their cell phone to tell me where my Land Rover Defender was, and eight days after pickup my car arrived in Opportunity without a scratch.  I will definitely be using your service to move my car back to Florida.”
– Matt Fascoli, Opportunity, WA

“Don’t you ever take a break?  Every time I telephoned your office – in the evening and on the weekends too – a customer service agent answered my call and helped me with my move.  I called at nearly midnight once just to see if I could get voice mail – and the owner of the business came on the line.  That is wonderful service simply not found anywhere else.”
– Fred Stein, Sanibel Island, FL

“Your company moved a non-running 1976 Camaro that I bought on eBay Motors.  The car was picked on a Saturday outside of Jacksonville, FL and delivered to my Provo shop – a trip of nearly 2,250 miles – the following Wednesday.  Unbeatable service.”
– Roger T. Ellsworth, Colonel, USMC (Ret.), Sandy, UT

“I travel on business throughout the week, so when my company relocated I thought having my car shipped would be impossible.  Your company arranged to have my car picked up on the weekend – one that I chose, since I had only the two days to meet with the car movers.  After calling ahead, early Saturday morning the car movers arrived and loaded my car at my Huntsville, Alabama house.  My father-in-law signed for the car five days later in Daly City.  My hat goes off to Car Transport Direct for its superior customer service.”
– Megan Ventura, San Francisco, CA

“This was my second time using your service, and like the first time your drivers performed flawlessly.  I am impressed!  You needed less than two days to find someone to move my Cadillac from El Paso, TX to Scranton, PA.  I paid a little more than other companies’ estimates, but the superb service made the extra cost money well spent.”
– Roger McAllister, Wilkes-Barre, PA

“Thank you for arranging the transport of my mom’s 2006 Toyota Rav4 from Pascagoula, MS to Brattleboro, VT when she came to live with us in New England.  The transporters were in contact with me throughout the move and were always available on their cell phone whenever I had a question.  The car arrived four days earlier than I had expected.  We will recommend your service to anyone having a car moved.”
– Vanessa Ethrington, Brattleboro, VT

“Bravo! Your company arranged a very professional driver to transport my Jeep Wrangleralong the “high route” – across the northern United States.  He picked up my car on my schedule, agreeing to meet me after I returned home from work.  During the transport from Quincy, outside of Boston, MA to Bellingham WA (which took only five days) the driver kept in contact with me and gave me plenty of notice before delivery.  Thank you for wonderful service. Yoku dekimashita! (Job well done!)”
– Junko Suzuki, Bellingham, WA

“I bought a Lexus GS and needed to send it to my daughter in college.  Your outstanding reputation lessened somewhat my apprehension about using a shipping company, and once I contacted your office to discuss the move your excellent customer service sold me on using Car Transport Direct.  Since I live in a gated community, you arranged for a transporter to pick up the car at my Sacramento office.  Five days later, my daughter had her car in Washington, D.C. Thank you so much!”
– Geraldo Rodriguez, Sacramento, CA

“Working with your company was far easier that I ever could have hoped.  My unit received short notice of an overseas deployment, and I needed to have my 2000 Dodge Durango shipped from Cherry Point, SC to my parents’ house in Las Vegas, NV.  I greatly appreciate your active duty military discount!  Three days after I booked the order, I received a call from the transporter, and the next day my car was picked up and on its way out West.  I will recommend your service to all of my fellow Marines.”
– Joseph Yamashiro, Sergeant, USMC, Okinawa, Japan

“When other companies failed to come through on their promises, Car Transport Direct delivered!  When I called several shipping companies for quotes to have my Dodge Viper transported in an enclosed carrier from Lewiston, ID to a Miami, FL performance shop, I had many companies tell me that my pickup location was too remote to schedule enclosed carrier service. When I called your company, however, a customer service agent told me that no locations are ever too far out of the way.  It took your office just three days to have my car picked up, and then just six days to get to Miami.  Your attention to detail saved me considerable worry!”
– Gary Klein, Orlando, FL

“I recently purchased over the Internet a 2005 Porsche 911 Carrera and was anxious to arrange shipping of the car from the seller in Federal Way, WA to my home in Manhattan.  I called your company on a Saturday evening expecting to leave a voice mail.  Was I surprised to speak with your customer service people!  They thoroughly explained to me the automobile transport process, so I book the order.  On Monday, I received a call from the carrier who was assigned to move my car.  The car was picked up Tuesday and the following Saturday I met the transporter on Broadway, just south of Central Park, to take delivery of my car.  From my first telephone call to your office, until I received my car took only seven days!  Amazing!  Thank you again!”
– J. Millhouse Ferrington, PhD, New York, NY

“The first indication that Car Transport Direct was interested in earning my business was the speed with which the company answered my online quote request.  I placed it online on a Sunday morning, and that afternoon I received an emailed quote.  I called Car Transport Direct’s toll free telephone number the next day and arranged to have my wife’s 2006 Volkswagen New Beetle convertible shipped from our home in Brownsville, Texas to our daughter in Anchorage, Alaska.  The customer service agent discussed with us the method of shipping the car – by truck to Tacoma, then by boat the rest of the way.  The pickup was within the three-day pickup window, and our daughter was able to pick up the car at the port in Anchorage 10 days after it left southeast Texas.”
– Dr. Charles Willow, Brownsville, TX